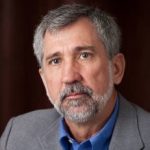 Ray began his Assessment & Real Estate Appraisal profession in 1978 with Polk County, Iowa as an appraiser. In 1986 he was appointed as the Fayette County Assessor and received his IICA designation the same year. Ray received his Certified General Real Property Appraiser designation in 1989. In 1999 he started his private appraisal business. In 2012 he came back to public employment as the Chief Deputy Assessor for Chickasaw County. In January of 2018 Ray was appointed as the Chickasaw County Assessor.

Stephanie is a lifelong resident of Chickasaw County. She graduated from New Hampton High School and attended Upper Iowa University where she graduated with a degree in Accounting. Stephanie has over fifteen years experience in finance. Stephanie is a member of ISAC. 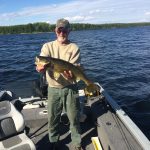 Martin (Marty) grew up on a farm in Mitchell County near Osage. After graduation, he attended Hawkeye Community College where he earned an Associates of Applied Arts degree in Police Science. Shortly before his graduation, Marty started working as a police officer for the City of Hawkeye. While at Hawkeye, he attended and graduated from the Iowa Law Enforcement (I.L.E.A.) Academy. He later accepted a police officer position with the City of Fayette. In 1990, Marty was hired as a deputy sheriff for the Chickasaw County (IA) Sheriff’s Office. In addition to his regular patrol duties, Marty also taught DARE, was a driving instructor, sTEP coordinator and was the department union steward. In 2012, he was promoted to Chief Deputy. In 2013 he was appointed to the Jail Administrator position in addition to being the Chief Deputy. In 2016, Marty was elected to the Office of Sheriff.

Sue Breitbach, Chickasaw County treasurer, was born and raised in New Hampton, IA., and graduated from New Hampton Community High School. She was in banking for twenty-seven years before being elected to the office of Chickasaw County Treasurer in 2002 and began as Treasurer Jan. 1, 2003.